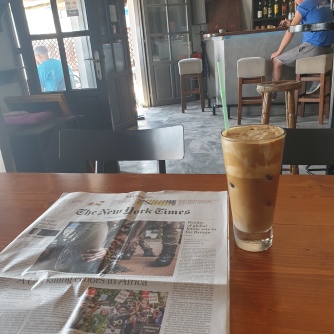 The fortress and tower at Methoni 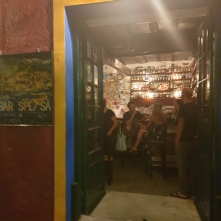 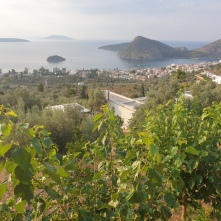 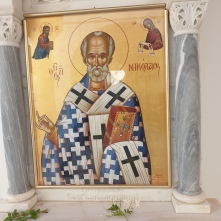 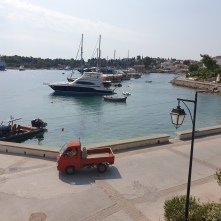 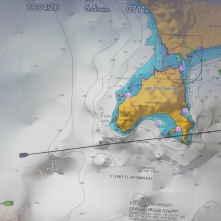 My love for Greece started during my first visit there in 1985. Since then I have returned a few times and enjoyed it every single minute. It is easy for me to remember the last time I went to Greece because it was the Summer right before my father died, 2015. This time was a bit different.

My love for Greece is very much in the Romantic vein, like Lord Byron, Wordsworth, Coleridge, Keats or Shelley. Maybe even in a philosophical vein like Socrates and Plato, like the Stoics. In Greece you are transported to the origins of our Western civilization, our education, our way of thinking, dare I say, we haven’t even improved that much the concept of Democracy… other than the obvious -although we might even be regressing on that front since it looks like the state of Florida will not allow convicted felons to vote, as if they were not citizens.

The special aspect to this visit was that I arrived by boat! (see previous post). Our first stop was Methoni. This village sits on the farthest South Western corner of the Peloponnese (the mainland) and is therefore a strategic location for anybody passing by. Because of this strategic location, there has been a castle there since Medieval times. During the Venetian expansion they took over the Ionian sea, up to and including Methoni, building or re-building the tower which manages to be strong yet elegant at the same time. Later, the Ottoman Empire took over, and they added their characteristic Byzantine “touch”. Eventually the town and the castle passed hands a few more times as it saw action during the Turkish invasion and World War II. In this fortress in Ottoman times Cervantes was held captive after his participation in the Battle of Lepanto.

Right between the castle walls with its Venetian coat of arms -The winged lion of St. Mark’s- and the beach is the lovely Methoni Beach Hotel, where Efi served us a couple of delicious Gin and Tonics! Since we had swam ashore, we were lucky to find a generous fisherman that gave us a lift to the boat. Even though he was a Barça fan and that he did not like Real Madrid, I am grateful for the lift.

Our next stop was a couple of “fingers” over, the quiet little island of Elafonisos, with a great wild beach at Simos. Unfortunately, we did not have time to explore the shore.

The next day we sailed by the amazing Monemvasia, a massive island plateau with a fortified village. It is reminiscent of the Israeli Masada fortress! But our destination was the island of Spetses. We arrived at the lovely cove of Zogeria, with its obligatory chapel and beach restaurant (what in Spain is called a chiringuito). A short motorboat jump away is the main town of Dapia with its old and new harbor. The village sits -like most Greek island villages- on the slope of the hill. Fortunately, only residents can have cars on the island, but still everybody moves around on dusty old scooters and quads with the occasional golf cart or electric runabouts.

Due to the relative proximity to Athens (there are a few high-speed passenger ferries from Piraeus), Spetses is one of the popular getaway islands for Athenians to weekend. Think Martha’s Vineyard or Nantucket for Bostonians. This influx of well to do Athenians leads to nice restaurants and shops, with the downside being higher prices and some crowding.

The village is well distributed and has all the requirements of a nice Greek town -and then some:

On my last day, my dear friend Matthieu came to lunch on his lovely Boston Whaler motorboat and we went to his house on the mainland village of Tolo. The next day, after a nice dinner by the sea, it was time for me to return to Madrid. Just like that, my short visit was over. But I cannot wait to return to my spiritual home.