Most of my childhood and youth was spent far from my hometown of Madrid (in New York, London, Boston, France, Switzerland), so I did not really get to know my city until I moved back from Boston in 1990. Since then, el Retiro Park in downtown Madrid has become an oasis of green, calm and peace for me. Originally it was a place to go on walks, dates, picnics, to take photographs, or for the occasional jog or bicycle ride. Once, hanging out with a girlfriend,  we bumped into MC Hammer and the Herculean towers that were his bodyguards. We had tickers to see him that evening, and I told him so,  for which I got the coolest nod I have probably ever received.

Then around 1994 or 1995 I moved to a bachelor pad across the street from the park, at Alcalá 99. At that point I returned to my long abandoned custom of running. It was a slow jog around the park at first, but I soon progressed to two full circles, plus exploring out-of-the-way corners. It became my daily cleansing routine, the highlight of most days. On many weekend mornings I would bump into my dad who was a keen walker of the park. I would stop and chat with him. Little did I know those walks with him are now some of my most cherished moments.

The park has a great variety of trees and plants, the boxwood bushes smell wonderful, there is a rose garden, a bunch of beautiful statues and fountains, even one dedicated to the “Fallen angel” ie: the Devil, there are a couple of ponds, one of them large enough to row on. There is a new fanastic little public library in what used to be the old urban zoo. There are exhibition palaces, one made out all of glass! Some parts are very structured and well kept, some parts are a bit wilder. The weekends tend to get very crowded as most urban parks do, but if you go early enough or late enough it is quiet and beautiful.

Eventually I bought a house with my then wife, and of course it had to be as close as possible to the park. We nailed it, finding a great little apartment owned by two elderly sisters across the street from the North side of the park. Needless to say we loved living there with the two kittens (Thunder and Lightning) Tracy pulled out of a storm drain on a rainy Spring evening run in the park. We would also use it as a short cut when walking around town. I was very sad to sell that great place and move back to the States.

Since moving back to the US, every time I come back to Madrid I find a moment to escape to the park that holds so many memories for me. Occasionally I will go for a run, or a workout in the outdoor gym. When I took groups of students on trips to Spain, the park became a great place for them to explore, even renting the row boats.

Nowadays I love taking my nephew and two nieces any chance I get. If Jimmy brings a soccer ball we might kick around, otherwise we just walk and enjoy playing around such a wonderful place full of memories.

A rose in Winter, not to be confused with a Winter rose 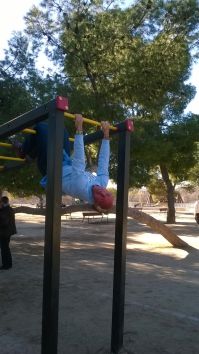 Monkeying around at the outdoor gym

Very lifelike statues that look like my niece and nephew

“Free libraries” to drop off and pick up books! 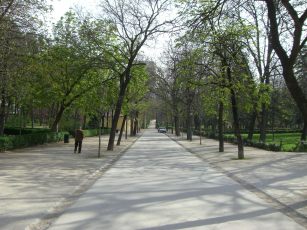 One of many children’s playgrounds

The rose garden is one of my favorite spots on the planet! 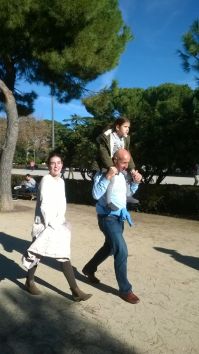 Hanging out with great classmates Laura and Paul 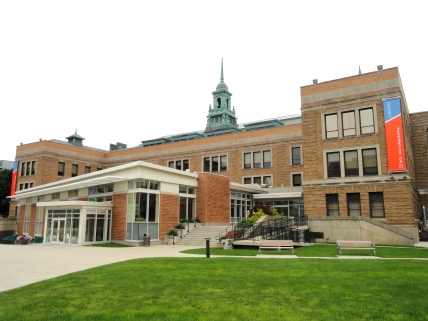 One of my students going to Simmons, Go Sharks!!

Over the years and the blog posts I have often mentioned Simmons College in passing, but I have never devoted a whole post to a place that changed my life. About time…:

What finally prompted me to write this post is that one of my students from Seacrest, has been accepted to Simmons to play volleyball. This made me remember my great experience there, which, of course, I have shared with my student. I must confess, I am a little jealous.

After my first couple of years of teaching I got the bug (and the recommendation from administrators) to go back to school. I enjoyed teaching Spanish and I had always loved literature, so I looked for part-time, evening Master’s programs in Spanish Literature in the Boston area. The pickings where slim: Boston College, Boston University, and a small all women’s college with a co-ed graduate program: Simmons College. An Excel spreadsheet that compared the practical, academic and economic aspects of embarking on such a project soon followed, and Simmons won. I visited, I applied and was accepted!

My first class on Siglo de Oro literature blew me away. Despite the fact that I had no clue what I was doing, I was warmly welcomed into the fold by Professor Louise Cohen, who would become a phenomenal mentor and would eventually inspire me to continue my studies in the field. Being a student again, taught me a lot about being a teacher. Although juggling teaching and learning was a lot of work, I really enjoyed the experience and loved every course I took. Plus, I made a handful of awesome friends.

On the rare days that I arrived early, Simmons has an agreement with the museum next door: the Isabella Stewart Gardner Museum, where students got in for free, so I would spend a while walking around or reading in the beautiful patio. Or I would grab a nice coffee from Simmon’s little coffee shop. Or I would hang out in their state of the art library (their Library Science program is one of the best around). A few times I went to their swimming pool, although once they unknowingly guided me to the women’s locker room where, after my swim, I walked into a woman changing, ooops.

My last course was on Don Quixote, again with the fantastic Prof. Cohen, sort of a full circle kind of thing. I loved it, wrote one of my favorite papers ever (see previous blog post) and by May of 2009 graduated.

A couple of years later, when I went to talk to my professors about life and PhD programs, Louise Cohen and program Director Raquel Halty were alarmed at my extreme weight loss. Prof. Halty even took me to her beautiful Wellesley home to feed me and counsel me. I will never forget their caring.