“What’s in a name? That which we call a rose
By any other name would smell as sweet.”

Years ago my brother Theo in London sent me some links to a famous butcher in Dorset called Balson, which happens to be the oldest business in England. No, I do not have any relation to the Balson family of Dorset. There is also an American author called Balson, and a few other Balsons around. Nope, no relation.

One of the hobbies my father picked up when he retired was genealogy. He set out to investigate his family’s origins, and he took it quite seriously. He took a course at the prestigious Consejo Superior de Investigaciones Cientificas (CSIC) and he proudly displayed his diploma and class picture on his home office wall.

He traveled around Spain visiting churches to gather data from birth, death and wedding certificates. He even went to Salt Lake City in Utah to research the Mormon genealogy vault / database where billions of family histories are stored – they denied him access. He still managed to research his family into the mid 18th Century before losing track. Not bad. His main findings were that the family originated in rural Lerida,

Abuelo w one of his babies 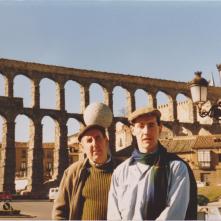 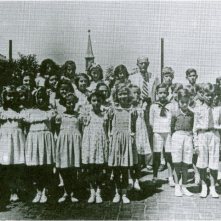 My uncle Antonio (the car was mine)

the area between Barcelona and Zaragoza. The original first name was Anton, which through the generations became Antonio – my grandad’s and uncle’s name. The family moved to Zaragoza by the 1800s and to Madrid by the early 20th Century, where my grandad settled and created a family.

So long story short: No butchers, no authors, but still an awesome family heritage.