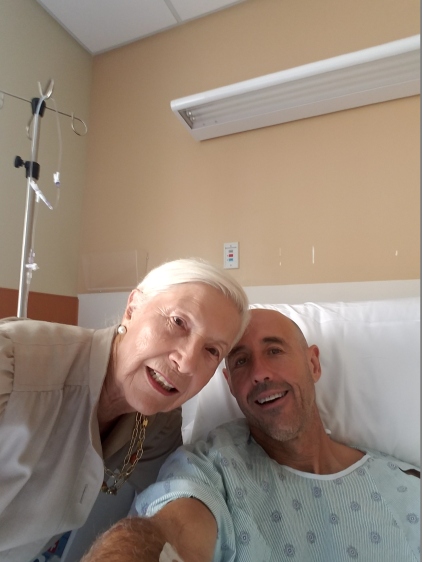 Pins used in my hand 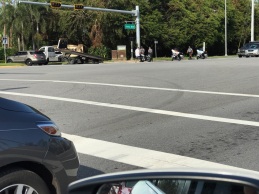 On a ferry in North Carolina

Proud participant in a motor show

On our way to Miami crossing “Alligator Alley” 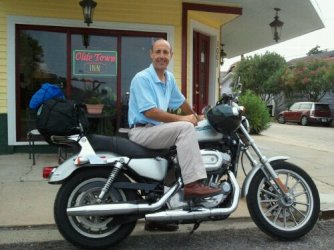 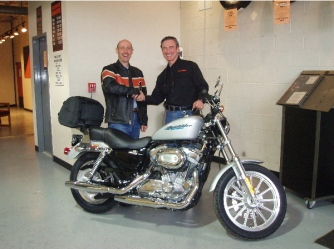 Getting out of work (Photo Lukas)

I bought Rocinante brand new at Boston Harley Davidson in the spring of 2006. We had moved to the US a year earlier and I had no life, I hated my job teaching at a rough public school, had no friends, was still mourning the loss of my company that I had to close down in Spain, and so on. I have been riding since I was 14, so I figured a motorcycle would be a good hobby and maybe even a way to put some adventure in my life and our marriage. Well, the second part did not work out, but Rocinante saved my life. All of a sudden I had something to look forward to, something to tinker with, and something that offered me a great feeling of freedom and adventure. I rode to school every morning, even when it was only a couple of miles away.

My decision was easy, living in the US I wanted an American bike, that meant a Harley-Davidson. But I still wanted a quick, agile, not expensive bike, not a big, fat, expensive couch. The choice was clear, a Sportster.

Rocinante as a name came easy: I love Don Quixote, and his horse was Rocinante.

In the summer of 2011 I rode from Boston to Austin, Texas and back visiting universities for my PhD. It was that trip that gave birth to this blog, so you just have to scroll back to read all about that amazing, life changing adventure.

Rocinante and I moved to North Carolina in 2012, and we explored that state. We checked out the beautiful Carolina shore, it was Rocinante’s first time on a ferry!! Then we moved to Florida, we only managed one quick excursion to Miami, but we had so many more planned.

On September 25 returning home from school, an 80-year-old lady turned her white Lexus SUV left into my green light without seeing me and I crashed into her. I flew and rolled. Fortunately the accident happened near the EMT station, so they put me in an ambulance and took me to hospital in a jiffy! I suffered a shattered pelvis, with its accompanying trauma, and a broken thumb and annular finger. I spent three days in the hospital. Of course my mom got on the first flight out of Madrid. As I write this I have three pins holding my thumb together, while the pelvis and finger heal on their own. With time, I will recuperate.

Rocinante on the other hand will not. Her front fork was destroyed to the point where repair would be more expensive than the value of the bike.

Those are the facts. The emotions on the other hand cannot be easily put on a blog post. Even if I was just going to make a quick market run for a baguette, the anticipation of riding was exciting. We loved making week-end lunch runs, normally to Five Guys. The longer the ride the more exciting the anticipation. Riding to school every day in Florida was a blessing; a way to really wake up on the way there, and a way to leave it all behind on the way home. Longer excursions left me with a deep sense of relaxation. You see, on a bike you are 100% immersed: you hear, smell, feel, see everything, something that can never happen in the air-conditioned, music filled cocoon of a car. Not only are you immersed but you are 100% engaged with the bike, the road, the surroundings, the traffic. I saw Joyce Wheeler approach the light, it was the fact that she slowed down and stopped before turning left that signaled to me that she had seen me. I fell for the most popular motorcycle accident like a stupid rookie.

I will miss Rocinante, I miss her every day, every day that I have to drive to school, to pick up some ice-cream. I miss the engine rumbling, I miss patting the gas tank like Don Quixote would have done on Rocinante’s side. I hope to get a new Sportster as soon as I can. Although no bike will replace the 11 years of emotions on Rocinante.