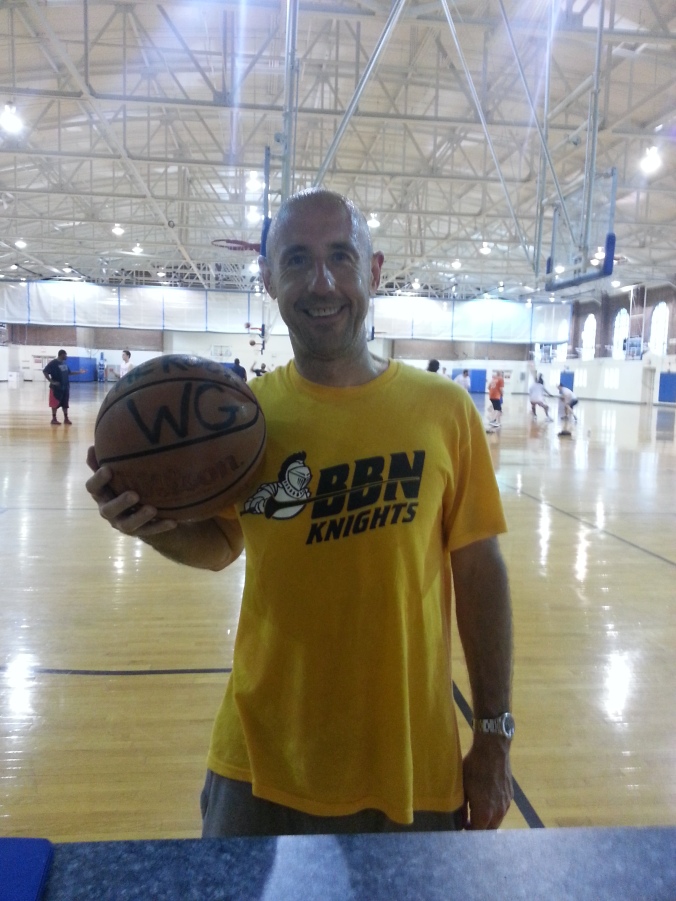 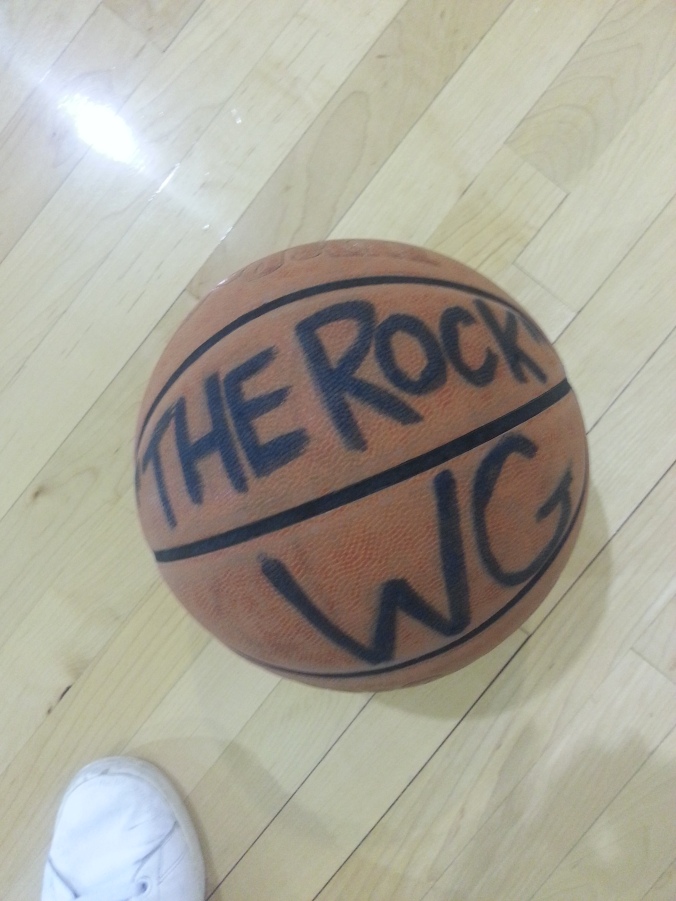 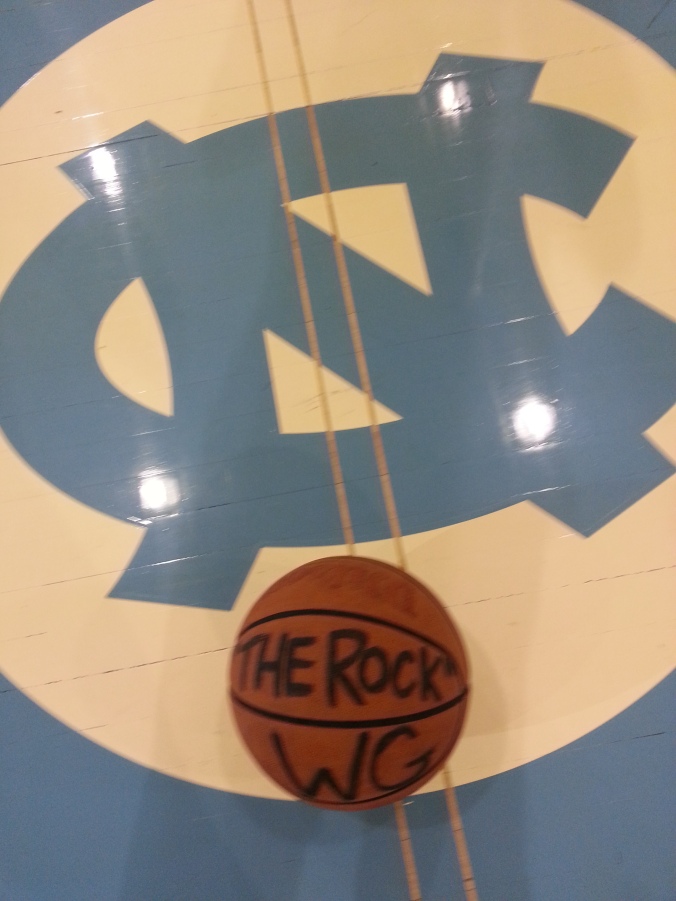 It only took me a year to build up the courage to go down to shoot some baskets at the old Woollen Gym. I go there often but I head straight for the swimming pool. This time, at the cage, instead of asking for a towel, I borrowed a basketball. First surprise: every ball has a name, it is written with a Sharpie marker. The one I got, “The Rock” just also happens to be the nickname I have for my little sister Rocio, Rocky, coincidence? I think not. Then into the huge gym. There are about 20 courts and most of them were full. I knew enough not to try to play with anyone, as I suck, and I have not played with any consistency since I left Spain in 2004. So I kept going until I got to the very far end where the last six courts were empty, enough for me to make a fool of myself without embarrassing myself – or the school, too much.

I played around for an hour, breaking into a sweat, thinking of and missing all the great people that have helped me and inspired me in this game, visualizing the UNC greats that might have played on that same court: Michael Jordan, Rasheed Wallace, et al. A great physical and emotional workout, or anabolic cardio as Stjepan would call it.

One thought on “Hallowed Boards”